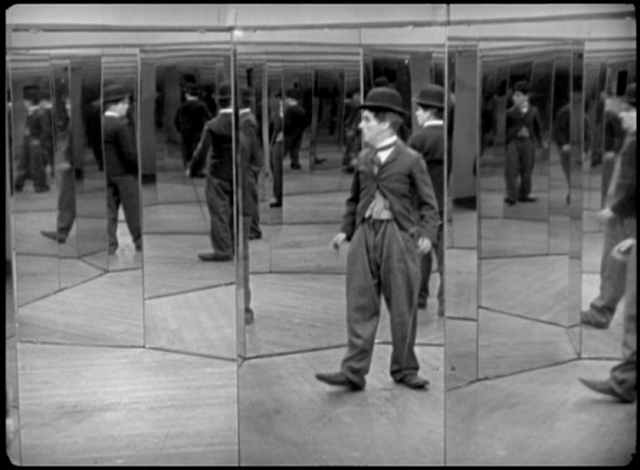 I’ve been thinking a lot about uncomfortable mirrors—the people and circumstances that challenge us beyond our capacity to maintain our own ideals.

Some of these uncomfortable mirrors are global. Some are cultural or local. But most of them are personal experiences, with fallout one way or the other, that create a psychological taint on a name or a place that forever summons a scene of regret from which we want to hide anytime it pops up on our radar.

It’s easier to hate another's face over our own, and we can tactically avoid locations where bad memories resurrect while claiming another name owns the blame for our own missteps or miscalculations.

It’s easier to say the dishonor belongs on another's image, and to frequently mention that fact to others so "we" can walk away free and clear.

It’s harder to gaze into the uncomfortable mirror and confess we contributed to the fall of dominoes that bear our fingerprints.

The human mind often doesn't want to know the truth. It can be sitting right in front of us—plain as day—and we feel the steam of shame rising from it and have to make a split-second choice as to how willing we are to let those implications touch us, and how committed we are to our entitlements and self-proclaimed innocence.

Like Adam in the Garden of Eden, we want to hide and create a story of explanation that paints ourselves in the best possible light.

It's so easy to lie when we're telling ourselves we're just revisiting the facts with the silent mental instructions to see something else...a path to our own innocence.

It's them. Not us.
We're good. They're bad.
They deserve it. We don't.
We are innocent.

We repeat that refrain again and again, until our cheeks no longer flush hot and our heartbeat keeps the even beat of the justified. Then we keep on saying it until refrain of our self-composed reframing-of-events feels like a truth, rather than an invention of our shame. And we do this all in the name of keeping our image pure and safe from those who would enforce the punishment we know awaits the wicked...which, again, is totally not us. We have evidence.

Or, at least, we have a well-vetted story we've refined with the retelling of it.

And yet, I have a sense that this very human tendency may be reaching its breaking point of mass exploitation. The dynamic that started with Adam in Genesis still persists today. The difference is the capacity an individual has now in infecting others with the illusions created by their own lack of self-reflection, both in word and action.

In a world like ours, how long can we survive if everyone hides and reframes the story to hide their own contributions—heaping blame on the downline or despised?

How long before the story of them being the problem no longer holds, and we all have to choose between uncomfortable mirrors and scapegoats?

Personally, I have a few scapegoats I've clung to over the years. I'm writing this because it's long past time I let them go. And I share this post in case you want to join me in that aim.

Few things are more damning to the potential of a person than fear and shame. And while the lies created to self-justify often seem like they're doing you a favor, it's very short-term payoff.

Liberation lies in seeing yourself inside the uncomfortable mirror without distortion. Even if we don't like what we see there, stepping into the truth of our own discomfort is the first step to not being controlled by it in the ways that really matter.

Yes, there may be consequences. After all, that fear is the motive behind erasing ourselves from the threatening image we see and making lies part of our biography. We did it because we saw the consequences coming and took evasive maneuvers.

It's a story as old as our oldest stories.

But just as there is self-captivity in looking away from the mirror and reinventing its reflection, there is integrity and liberation in stepping into the truth and growing from there. That's because we humans can only survive in a cage so small before it stops holding and something gives.

If so, I invite you to join me in pondering the uncomfortable mirrors of this world...and how it might be time for a few less of them. Because, after all, there is no "them" without "you."
at October 02, 2017